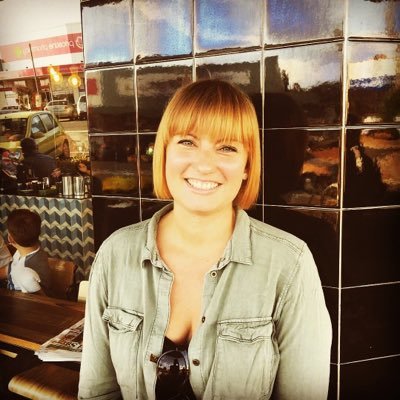 When 29-year-old Courtney Beck decided it was time for another relationship, she got creative.
The Brisbane-based lesbian has sent her love-life resume viral, inviting women to come to her with a dedicated Tumblr dating blog: Reasons to date Courtney Beck.
The result is a collection of Beck’s prolific contributions on all aspects of her life: funny stories; videos; opinions on sexting, sleeping naked and boy bands; how-to tips to spot ‘‘Cranky’’ Courtney and even a testimonial from her dad.
Beck, an interactive specialist with an ad agency, says internet dating sites aren’t comprehensive enough for her.
So she used her social media expertise to create a truly tailored approach to finding love.
‘‘I didn’t feel people were getting a good sense of who I was from that brief profile blurb and it wasn’t as productive as I’d like it to be,’’ she told mX.
Productive indeed.
The blog, which now has followers from 54 countries and climbing, is the perfect forum for this self-confident woman who wants to push her personal boundaries.
‘‘I want to cast my net a little wider and see who is out there that might really suit me,’’ Beck says.
‘‘I get quite a few submissions every week, so girls send me a photo and reasons why they think we should go on a date, which is awesome.’’
Thus far, she’s been on dates with four to five girls, and those ‘‘submissions’’ keep coming in.

Beck says another key reason for her blog is to circumvent the tricky task of identifying and finding like-minded women.
‘‘It’s often hard because people don’t often pick that I’m gay,’’ she says.
‘‘Because I like girls who look quite feminine I find it quite hard to pick who they are as well.’’
The lesbian scene in Brisbane is not as big as other cities, and Beck says most replies have been from interstate, as well as overseas. As a result, she’s perfecting the art of Skype dating.
‘‘When I did my first Skype date I fully applied make-up and went to the extent of putting on perfume, just because I thought perfume would make me feel more confident,’’ she says.
‘‘You have to treat it like a real date. But it’s amazing how real it is.’’

Beck says the majority of her friends and family support her bold dating initiative. But there have been criticisms.
‘‘I had one friend who suggested I was selling myself on the web, which obviously for people who don’t have a good understanding of the part social media plays in the world that would be a fair response,’’ Beck says.
But, she argues, there’s no such thing as overshare in a society obsessed by Twitter and Facebook.
‘‘We now live in a world where sharing is encouraged. I have taken a more unique approach to it but I don’t think it’s any different.
‘‘Social media has given us another place to look for love.’’
Beck has her publishing standards. There’s no kiss and tell, and she protects her dates by giving them pseudonyms. And, while Beck thinks having a dating blog may not be for everyone, she admires, and highly considers, those who respond.
‘‘I think anyone who has the courage to write into something like this is definitely worth me looking at, because it’s the certain type of person who thinks I’m not crazy,’’ she laughs.
Oh, and being smart, sexy and funny won’t hurt, either.

Here are Courtney Beck’s tips for looking, sounding and acting your best for Skype dating.

❤ Eat dinner. No one is as much fun when they’re hungry. Or arrange to have drinks and nibbles together.

❤ Dress to impress and wear a fragrance if it makes you feel more confident.

❤ Find the right place to be comfortable – your desk, lounge chair or the bed.

❤ Skype dates go for as long as you choose. Mine have gone for three hours. It’s just like being out with someone in person.

❤ Make sure you’re undisturbed. Warn flatmates or wait until they are out of the house.

❤ Going on a date is a lot like going for a job interview, you’re really trying to see if they’re right for you, and if you’re right for them. It’s important to be on your best behaviour.

❤ Have an escape plan if the date isn’t going as you’d hoped.

❤ I’m not aware of Skype kissing, but I have fist-bumped with friends to say goodbye.

❤ Getting naked over Skype is a bridge I’m yet to cross.