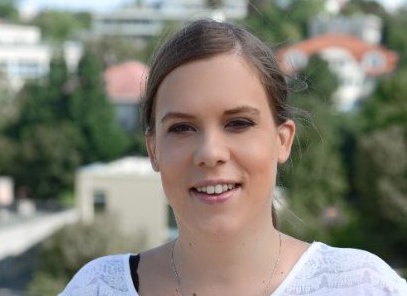 Female leaders are rare in the tech sector but Laura Szabo, Chief Product Officer at Hungarian property portal Ingatlan, is part of a new generation of powerful women in technology, and in the classifieds space in particular.

In the US, the number of women employed in tech is 25 percent, while in Australia it is only marginally higher at 28 percent.

Szabo, who will be a keynote speaker at the Property Portal Watch conference in Madrid, has risen quickly in the ranks at Ingatlan, and says while she says there haven’t been specific challenges for her as a woman in such a male dominated industry, she notices a different reception from peers and colleagues.

“But men are often confused when dealing with a woman as a peer, employee or business partner. They don’t always recognise or admit it and this can be challenging.

“I can’t always use the methods or make the same reactions a man would be successful with, because as a woman I’m expected to behave in more refined and feminine way.

“Usually when people – men and women – find about my background, that I work in the IT sector, have a business sense, am member of Mensa – they are surprised.”

Many women who work in tech arrived there almost by accident after studying non-IT subjects at school or university.

But for Szabo, it seems a career in tech was a fait accomplit. Both her parents are mathematicians and programmers – her father was one of the founders and later the CTO of software firm Graphisoft – so she was raised to understand the tech space was not just for men.

“I was six months old when I first touched a Macintosh,” she told PPW. “At the age of 10, I was already using the internet which was not a common thing in Hungary in the early 1990s. I was socialised in the world of digital solutions, so working in this field was a natural choice to me.”

“Usually when people – men and women – find about my background, that I work in the IT sector, have a business sense, am member of Mensa – they are surprised.”

Despite global campaigns and organisations such as Girls in Tech and Girl Geek Academy to encourage women to consider tech as a first-choice for their careers, it still isn’t an even ratio of men to women when it comes to studying. In her IT management course at university, Szabo was one of eight women out of 60 students.

Szabo was motivated by the need for a personal and professional challenge when she moved into the property portal sector.

“After spending five years working for an online agency, I felt that dealing only with production and communication phases is not enough any more,” she said.

“I was looking for an opportunity where the digital channel is not just an option, but the very core of the business that enables solving real problems.

“This is how I got to ingatlan.com, which at that time was already the leading property listing portal in Hungary.”

“I strongly believe in the company’s mission: empowering people with good digital solutions that enable property transactions,” she said.

The product team at Ingatlan is predominantly male, but Szabo said she hopes this will change in the future.

“I’m always happy to see a woman applying for one of our positions, but unfortunately there are only a few women on the product development team,” she said.

“I’m trying to help them avoid the pitfalls I’m already through. This is still an ongoing development journey also for me.”

This article originally appeared on the Property Portal Watch website