By Andrea Beattie and Cathy Anderson

Sure, you can eat sushi and sing karaoke badly anywhere in the world, but there are some experiences Japan is keeping to itself.

Giant, sweaty men wearing g-strings shoving each other around a sandy ring might seem like a good buck’s day prank, but in Japan it’s a highly revered sport dating back 2000 years.
The rules are basic: push your opponent outside the circle using strength, balance or even a little tickle or well-placed crotch-grab.
Sumo wrestlers are hand-picked in their teens and invited to join a sumo stable, training with a fraternity of chubby, yet fit, sumo and their master.
Competitions are only held six months of the year. But if you miss a bout, you can visit a stable to watch them train – and show off a little.

MEMOIRS  OF  A  GEISHA

Geisha hunting should be a recognised tourist sport in Japan.
With only 1000 genuine geisha, snapping one is a nightly pursuit. Kyoto’s suburb of Gion is the best place for paparazzi predators. Geisha and their apprentices, maiko, flit between teahouses in their elaborate kimono, sculpted up-dos and pearly white make-up, leaving just a hint of naked skin at the back of the neck to tantalise clients.
Hang around some of Kyoto’s temples long enough and you’ll probably see visiting geisha.
Rules of engagement: Do not touch the geisha or get in her way – many have complained about aggressive tourists. It’s disrespectful and rude. A geisha in Kyoto.

What better place to unwind than a ryokan – traditional accommodation with hot spring baths? Behind the papered sliding door – the kind that baddies get thrown through in martial arts movies – you’ll find a main room, a tokonoma (sacred alcove), sometimes a foyer and a low table on tatami mats.
Where are the beds? In the cupboard, of course. Your futons are laid out for you by staff after dinner and your soak in the ryokan’s baths, called onsen.
Kamesei ryokan, in Chikuma City in the Japanese Alps, serves up a kaiseki meal where about 12 meticulously prepared and presented dishes of vegetables, miso, seafood and pork are laid out for you. The meal at a ryokan.

When the Americans dropped an atomic bomb on Hiroshima at 8.15am on August 6, 1945, 80,000 people died in an instant and 60,000 more would perish in the years after.
But 65 years on, Hiroshima is a lively, thriving city and the lessons of war have been learned.
The city’s centrepiece, the Peace Memorial Park, pays homage to those who died and its aim is to encourage the abolition of nuclear weapons.
The park’s impressive museum is a moving and enlightening experience, with extensive memorials and displays drawing more than a million visitors every year.
The Japanese have taken a no-holds-barred approach when presenting the horrors of the attack to the world – blood-splattered clothes, photographs of burning victims, and fingernails and skin poisoned by radiation are on display.
The museum is a must-visit, even if it is a bit of a downer – it’s impossible now to feel the city’s past pain. 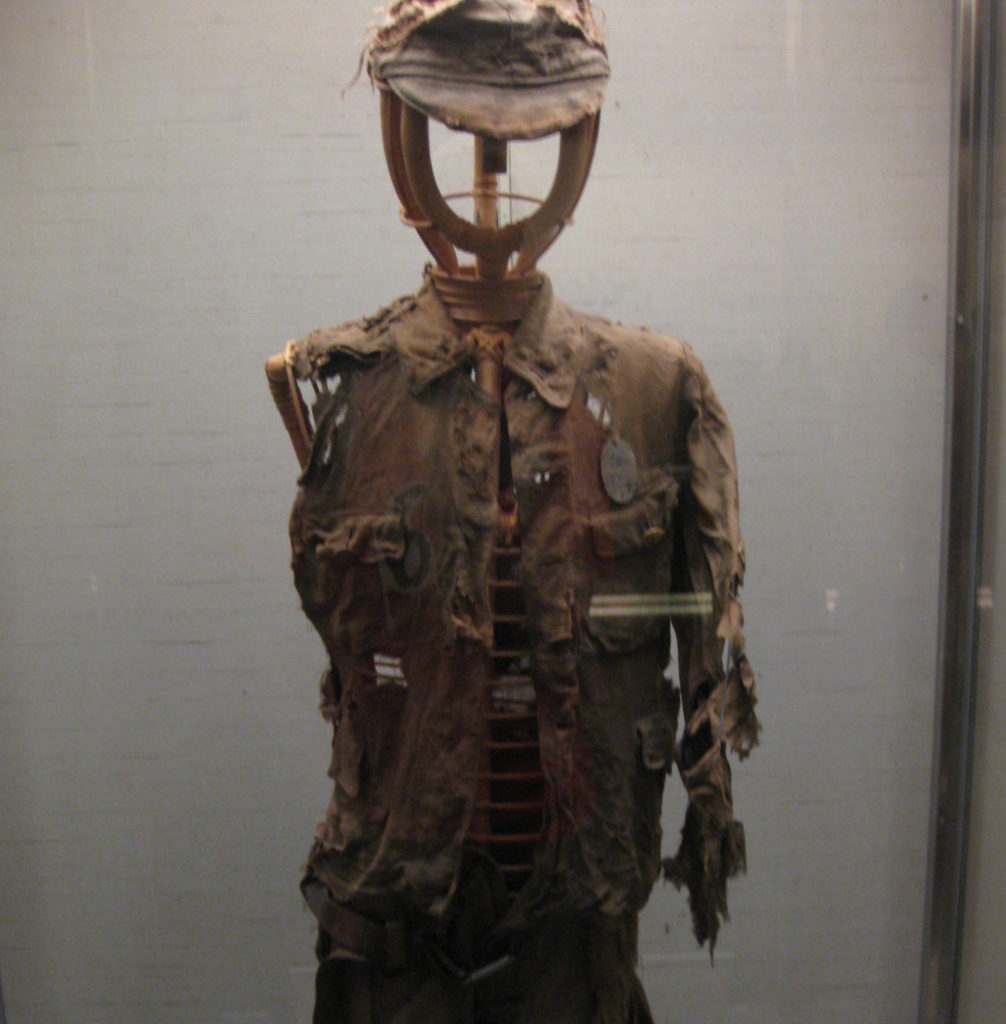 The Hiroshima peace museum has some confronting pieces.

If sightseeing and temples make you yawn, Japan is home to some of the best theme parks in the world. There’s Tokyo Disneyland and DisneySea, Universal Studios and Space World.
But if high-speed thrills are more your style, there’s Fuji-Q High Land, at the base of Mt Fuji, about 100km from Tokyo.
Don’t eat before you go. The theme park is home to an insane ‘‘fourth dimension’’ coaster, Eejanaika – it has 14 inversions, rotating seats forward or backward 360 degrees in a controlled spin. Then there’s the king of coasters, the Fujiyama – a hypercoaster that climbs 79m before dropping you 70m at a 65 degree angle while travelling at 130km/h.
When it opened in 1996, it was the highest, fastest coaster with the largest drop. It’s 2km of twisting and turning thrills – 3.36 minutes of heaven for coaster lovers. Tokyo DisneySea also has a nice little rollercoaster, part of the Raging Spirits attraction.
Another rollercoaster worth seeing, even if you’re not game enough to ride it, is the Thunder Dolphin at Tokyo Dome City – it passes through a hole in a nearby building as well as through a ferris wheel. Yes, really.

It’s not just the humans who love Japan’s onsen. A troupe of semi-wild macaques, now known as snow monkeys, soak all year round at the Jigokudani Monkey Park in Yudanaka, a one-hour trip from Nagano. Although they can be enticed into the pool with food, it’s best to see them in winter when they have icicles hanging from their beards.
The Japanese love anything kitsch, hence the ubiquitous Hello Kitty. Take a walk down Tokyo’s Takeshita St opposite Harijuku station for potentially the largest collection of crap you’ve ever seen. Hang here on a Sunday to see Gwen Stefani’s Harajuku girls.
Wanna see a shrine float? Take the ferry to Miyajima from Hiroshima. It’s a tourist trap with herds of hungry local deer but is beautiful at sunset. The snow monkeys are a major drawcard.